In the 1990s small groups of parents with an autistic family member met to discuss their needs and where to find appropriate services.

In 1998 a meeting was called by Jane Neil-Maclachlan (Adult Autism Co-ordinator for NHS Lothian), Moira Dickinson (parent) and others to discuss what was required in Edinburgh and the Lothians. It was agreed to set up a group specifically for families with an adult family member with autism to be known as Parents of Autistic Spectrum Disorder Adults (PASDA).

In 2002 Pasda adopted a constitution and Moira Dickinson was convenor, Suzi Wong and Susan Chambers joint secretaries and Mike Bruce treasurer. There were about 30 members.

In 2003, after successful lobbying by Pasda and others to the Scottish Executive (now Scottish Government), funding was awarded for the One Stop Shop (an advice and support centre). This became known as Number 6 and provided support for people over 16 with high functioning autism who were living in the Lothians.

In 2008, sadly the secretary Suzi Wong died and the group had to consider their future. Pasda received help from the Edinburgh Development Group and after some discussion it was agreed to consult the members. The main question was “should Pasda be revived?” The answer was yes.

In 2009 an application to the Long Term Conditions Alliance Scotland (now Alliance Scotland) for funding to employ a development worker to provide support for carers was successful. The project was managed in partnership with Autism Initiatives.

In 2011 Pasda successfully applied for funding from the National Carers Organisation to run carer training in Edinburgh and the Lothians. Funding so far had been project-based and Pasda needed funding for core activities and administration required for support groups, one-to-one initial sessions, membership management and further developing of Pasda’s infrastructure. An application to the Monument Trust was successful and Pasda received funding for two years for core administration tasks and development. The funding allowed the recruitment of a project assistant, Katie Goudie.

In September 2011 the funding from LTCAS was extended and Pasda ran an advice service in partnership with Scottish Autism which included one-to-one sessions and a nine-week support programme for carers.

Pasda also produced a revised version of the A-Z guide: the Carer Handbook and Adult Autism: The Family Perspective, a collection of real-life carer stories.

Late in 2011 the Scottish Autism Strategy was published with an announcement that funding would be available (the Autism Development Fund). Pasda submitted a successful application for a partnership project with VOCAL to run information surgeries and self-advocacy workshops specifically for our parents and carers. The funding also allowed Pasda to work in partnership with the Tailor Ed Foundation to develop workshops for carers of adults on the autism spectrum.

In 2012 Pasda applied to Pilotlight, an organisation which offers structured business advice to the voluntary sector by lending their expertise and time. Meetings to exchange information began in July 2012.

In May 2012 Pasda applied to the Creative Breaks Grant Programme and were successful in securing funding for our Social Group, which provides the opportunity for carers to meet other carers on trips out, enjoy meals together, and take part in a variety of leisure activities.

In August 2012 Pasda applied to the Second Round of the Autism Development Fund and were successful in the bid to run a project called Pasda Interactive from March 2013. This allowed Pasda to develop further workshops and more intensive one to one support for carers.

In 2013 Pasda were delighted to be successful in securing funding from the Big Lottery Fund. This has enabled Pasda to increase the staff team to two project workers working directly with carers, as well as administrative support for the next three years. It also enabled Pasda to move to premises at Norton Park.

In 2014 Pasda was delighted to be successful in securing funding from RBS for a part-time fundraising officer, thus increasing the staff team to six, consisting of an executive manager (part-time) , a project manager, two project workers, a fundraising officer (part-time) and an administrator (part-time). Funding was also secured from Shared Care Scotland to enable Pasda to continue running its social group which helps combat isolation amongst carers.

In 2015 first residential workshop for carers held in Peebles. BIG Lottery Application for next phase of development – the Hub. Louise Middleton appointed as Pasda Community Garden Worker, at “Craigie’s Environmental and Education Project” one day a week. Funding provided by Post Code Lottery.

In 2016 Complementary Therapy Service and Counselling Service launched from various funders. Nominated for National Autistic Society Autism Professional Award. The Big Lottery fund finished, 31st August and all Big Lottery staff contracts ended. The office space was reduced to two hot desks in the same office and all carer groups continued with facilitation of volunteers. Funding from Edinburgh City Council for recruitment of a Carer Communication Worker for 2 years was successful. Also, in the autumn funding from various organisations allowed for employment of an administrator and a person to contact carers face to face.

In April 2017 ,Cath Purdie was employed as the Communications officer funded by City of Edinburgh council and Joanne Gibb joined us the Treasurer in the spring. Unfortunately, Louise Middleton left in March 2018 to find full-time employment. An entertaining evening of musicians and comedians was held at the Granary as part of World Autism Awareness Week. Fund raising involved an abseil, decorating the Christmas tree at St Andrew’s and St George’s West in George Street. Funding applications were made to Scotrail for complementary therapy and Santander for budgeting workshops and will start in 2018. Several very successful workshops were held, IT for Beginners, Understanding Autism, Sensory Spectacle for sensory perception difficulties, Communication Tools to develop different techniques and Edible Christmas presents.

Click here to see our March Newsletter from the Pasda team.

Click here to see our February Newsletter from the Pasda team. 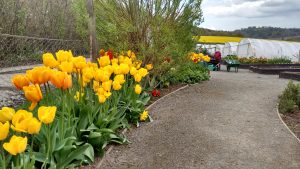